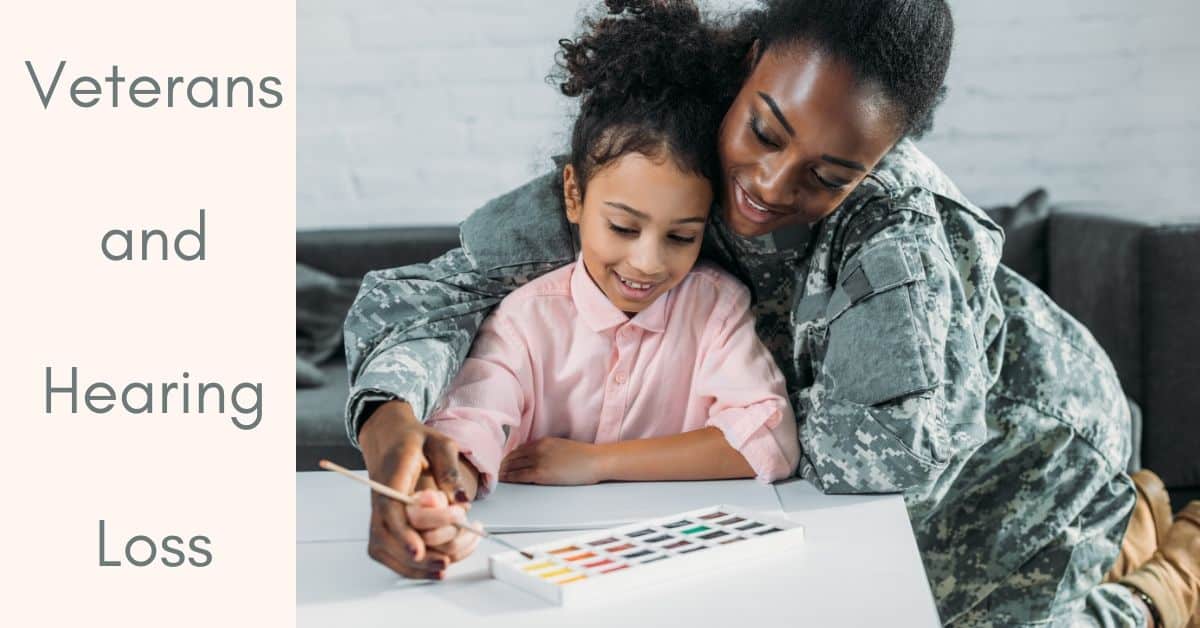 Our veterans risked their lives to keep our country safe, and our lives wouldn’t be the same without them. Not only did our veterans put their lives on the line, they also risked injury, their mental health and wellbeing, and their hearing. According to the Centers for Disease Control and Prevention, hearing loss and tinnitus are the most common service-related disabilities that veterans face.

Did you know that veterans are 30% more likely to have hearing loss than nonveterans? While the military does provide hearing protection to personnel, they may not provide adequate protection for the extremely loud conditions faced by military personnel. In 2017 alone, 1.79 million veterans received disability compensations for tinnitus caused by damage sustained during their military career, and 1.16 million veterans received compensation for their hearing loss.

Not only do tinnitus and hearing loss affect veterans’ ability to hear clearly, tinnitus also affects their mental health. A 2015 study found that 79.1% of veterans with tinnitus also have anxiety, while 59.3% have depression. When veterans aren’t able to follow conversations, or pick out speech sounds in places with a lot of background noise, they’re not able to easily connect with family and friends. They may feel socially isolated, and often face anxiety and depression.

Noise induced hearing loss, or hearing loss caused by exposure to very loud sounds, is completely preventable. With proper hearing protection, these loud sounds will never reach the ear, and won’t damage the cells in the inner ear that are responsible for detecting all the sounds around you. It’s important to wear proper hearing protection whenever there are loud noises in the environment, such as near airplanes on the tarmac, in gunfire, or near explosions.

According to a Stars and Stripes article from 2018, 3M Combat Arms supplied thousands of earplugs to servicemembers between 2003 and 2015. These earplugs were defective, and didn’t protect hearing. Military personnel wearing the earplugs to protect their hearing thought they were doing the right thing for their hearing health. However, these earplugs were too short, and would loosen while in the ear. This allowed dangerously loud sounds to reach the ear, and damage hearing. The company agreed to pay $9.1 million in a settlement, but the damage was already done, and thousands of servicemen suffered hearing loss.

Even veterans who score normally on hearing tests often struggle to understand speech, particularly in noisy settings. This auditory processing disorder, which makes it hard to follow conversations, is often associated with blast exposure and damage to the cells in the inner ear. Properly fitting hearing protection can prevent auditory processing disorder, hearing loss, and tinnitus.

Proper hearing protection includes earplugs, which protect the ear from moderately loud sounds, and earmuffs, which provide protection from extremely loud noise. Some earplugs and earmuffs make it hard to hear soft sounds, such as speech or commands, but many include digital technology that allows soft sounds to reach the ear normally.

Roger Lesser joined the Air Force as a flight line maintenance officer, and served for over 20 years. During this time, he didn’t wear appropriate hearing protection, and was exposed to the loud roar and high-pitched whine of a variety of aircraft and helicopters.

As he got older, he started to notice a ringing in his ears, the first sign of tinnitus. As the tinnitus got worse, it started to keep him up at night, and it became harder to follow conversations. Finally, Lesser visited an audiologist, and found devices that offer a tinnitus therapy program. This has helped him manage his tinnitus, and find relief from the ringing and buzzing in his ears.

Our team is proud to serve our veterans. We have a variety of solutions for hearing loss and tinnitus, and we’ll help you find the right devices to help you hear clearly.