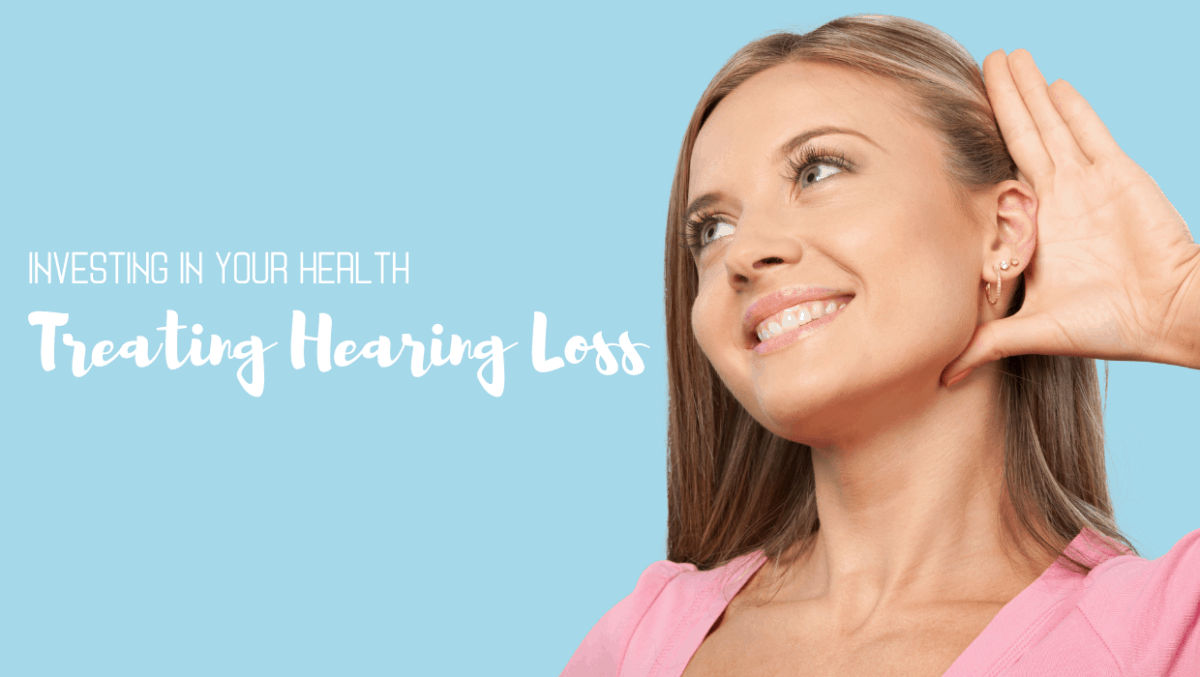 The phrase ‘hearing loss’ can conjure thoughts of doctor’s office visits, hearing aids, health insurance, and others. What we may not immediately think about are the social and emotional tolls, mental health, or anxiety and depression. The price associated with neglecting hearing loss is high and often has detrimental effects on other facets of your overall health.

Hearing loss is one of the most common conditions that affect adults in America, and is the single most common condition for seniors. It is the third most common chronic physical condition, behind heart disease and cancer. An estimated 48 million Americans are living some degree of hearing loss that adversely affects their quality of life—academically, professionally, medically, socially, or any combination of these.

“It was very joyful, but also very sad, when I contemplated how much I had missed all those years. I could hear well enough sitting face to face with someone in a quiet room, but in public, with background noise, I knew people were talking, but I had no idea what they were saying. I just stood there nodding my head and smiling.”

Dr. Mark Hammel is a psychologist in Kingston, N.Y. who reflected on his experience with hearing loss in a recent interview. His hearing was damaged by machine gun fire in his 20s when he served in the Israeli Army. It was 30+ years later, at 57, however, when he received his first hearing aids.

Unfortunately, it is quite common to wait an average of 7 years or more to treat hearing loss after the first signs. His story speaks to an all-too-common experience of people living with disabling hearing loss and alludes to a nondisclosure method of socializing, not informing others of one’s hearing loss, which can often lead to isolation and depression.

“People with hearing loss often don’t realize what they’re missing,” he said. “So much of what makes us human is social contact, interaction with other human beings. When that’s cut off, it comes with a very high cost.”

Among its myriad other comorbidities, untreated hearing loss can also have an effect on your physical health. It can appear in the form of stress headaches or dizziness, a common result from trying to hear and understand language, because the brain has to work much harder to fulfill its role in the hearing process. Problems with diet have been reported, too, along with sleeping and even sex.

There is also a safety concern with disabling hearing loss. Public warning signs or indicators while driving could be missed as alarms and horns are often at higher frequencies. At home, low-frequency smoke detectors and bed and pillow shakers are recommended in case of fire emergency. Strobes and other light sensors are also recommended as safety accommodations.

The stigma around adults getting their hearing checked or wearing hearing aids is well-documented. In a survey conducted by the National Council on the Aging, 2,906 people with hearing impairment explained their reluctance to get a hearing aid. Two-thirds of older adults with untreated hearing loss made statements like “my hearing is not bad enough” or “I can get along without one,” and one in five people said things like “it would make me feel old” or “I don’t like what others will think about me.”

On the other hand, people with hearing aids were more socially active and less likely to experience depression, insecurity or paranoia. The survey was published in 1999 and funded by the trade group Hearing Industries Association, but experts say that not much has changed in the attitudes and treatment of hearing loss.

An average of one in three people older than 60 has disabling hearing loss, and unfortunately most older adults wait five to seven years before they seek help. During this time, the brain has gotten out of the habit of processing sound collected by the ear canal.

“I had lost the habit of listening. After I got the aids, it took me a long time to get back into the habit of paying attention to what people were saying,” said Dr. Hammel. When hearing aids are worn for the first time, the brain must relearn to carry those messages from the cochlea to the auditory cortex located in the temporal lobe. The brain stem can then decode signals such as duration, intensity, and frequency.

Getting your hearing checked when you realize you have a hearing loss prevents the hindsight regret that Dr. Hammel speaks of. Know that there are encounters with loved ones deserving of your full self. You then owe it to yourself to ensure the health of your hearing for your physical, mental, social, and emotional well-being.