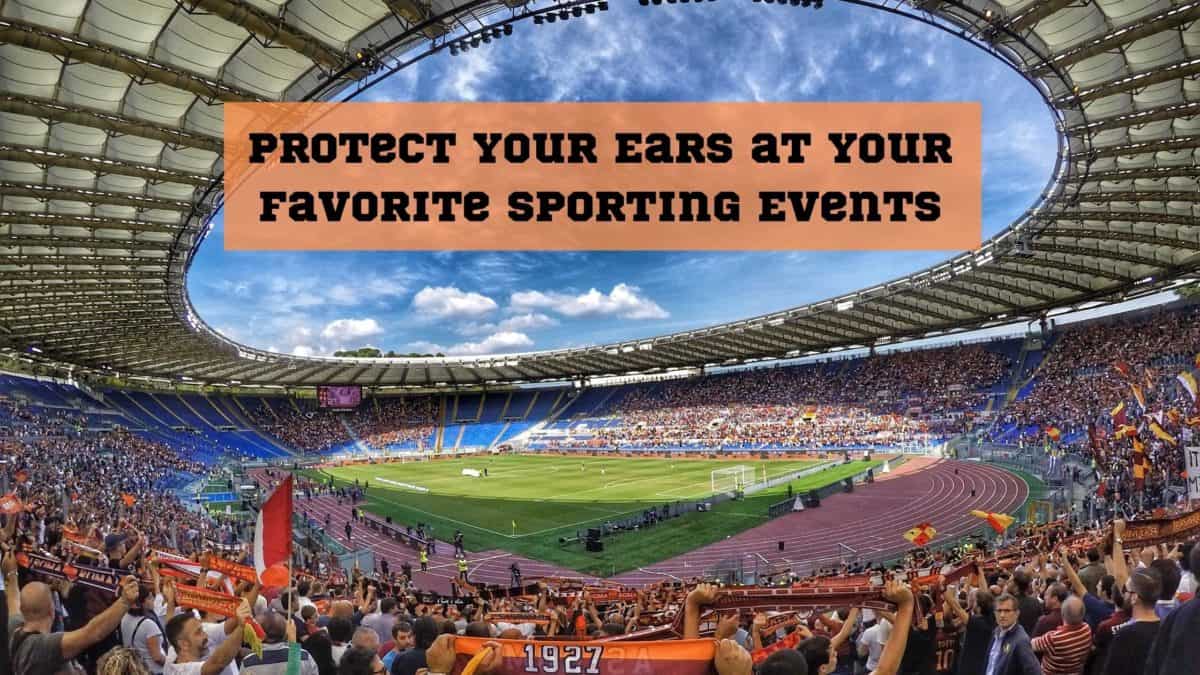 As the winter fades and Covid-19 cases recede, more people will be attending sports events this summer. When it comes to hearing, we tend to think of concerts as the worst offenders, but sports games — could also be a dangerous noise hazard. Loud sounds can cause permanent hearing damage with just one exposure, and several studies have shown that attending sports events could damage your ears.

Most people who spend their Sundays watching football probably don’t know that the average crowd noise during a game is around 102 decibels (dB). That’s about as loud as a power saw or a motorcycle engine, which can cause permanent hearing loss after only 15 minutes of exposure.

OSHA (Occupational Safety and Health Administration) guidelines exist to protect our hearing from the harm that loud noises can bring. Noise levels in the workplace must be kept below 90 dB for an eight-hour day. And that’s an average, so a moderately noisy atmosphere with periodic bursts of loud noise is just as harmful as continuously high decibel levels. More than that, and especially around that level, necessitates additional care to protect employees’ hearing.

OSHA does not regulate noise at athletic events, but the levels of sound produced are dangerously high. At NFL games across the country, the sound levels average between 80 and 90 decibels. Hearing specialists are beginning to raise the alarm as fans inadvertently put themselves in harm’s way each week.

Remember that OSHA’s recommendation of 90 decibels is an average and that noise levels at a sporting event can easily approach 100 dB when a cheer-worthy moment occurs. Anyone who has seen a thrilling game in the last year can witness numerous times when a noisy audience transforms into a roaring one.

It takes one to fifteen minutes for the sound to harm your ears when decibel levels reach the hundreds. In these situations, it’s critical to assess the listening environment.

If your ears are ringing during or after an event, your ears have been severely damaged. Please take notice of how it feels to have a normal conversation while watching a sporting event. The crowd noise is too loud if you can’t speak at a conversational level with someone at or within an arm’s length and have to shout to be heard.

After the event, a check-up with your ears again. Are there any muffled or distorted sounds? If listening causes you to feel as if you’re underwater or your ears hurt, you should take steps to prevent further hearing loss.

How to protect your hearing

Going to a game now and again is unlikely to cause lasting damage to your ears. However, season ticket holders should be advised that repeated and long-term exposure to noises of this volume is likely to cause irreversible hearing loss.

Take some hearing protection to the next game with you. This might be as simple as cheap foam earplugs from the drugstore. These reduce decibel levels slightly without entirely filtering out all noise.

Take a break from the noise now and then. If you can’t do this during the game, then at least after the game, have some quiet time to give your ears a rest.

Because analyzing dangerously loud noise levels at sporting events is still relatively new, many of us have spent years supporting the home team without contemplating the consequences. If hearing loss has already manifested itself in your life due to aging or exposure to loud sounds, contact us today to schedule a hearing test!