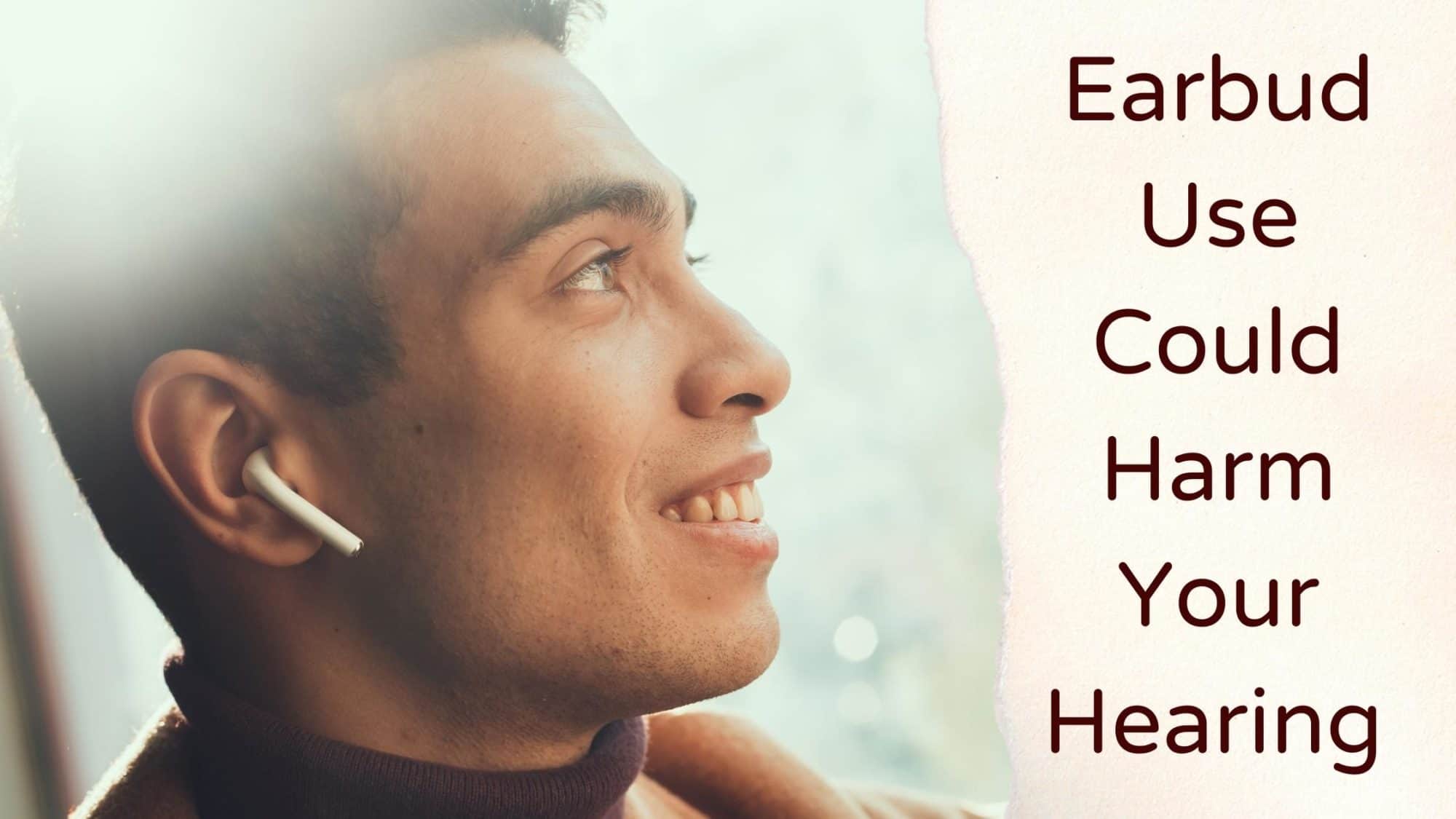 Does anyone have recollections of parents yelling to turn down the music? You may have repeated the warning to your own children. With the advent of personal devices, though, much of our listening behaviors have shifted to more interior experience. Now, we plug into our devices through headphones or earbuds and the audio experience — and volume levels — have only gone up.

But can listening to loud music or entertainment via earbuds actually cause hearing loss? Well, the answer depends upon who you ask. We do know with certainty that too-loud noise can damage hearing. Quoting research from the Centers for Disease Control and Prevention, the Chicago Tribune affirmed in 2017 that noise — not aging — is responsible for most cases of hearing loss in the US. This noise-induced hearing loss had causes from everyday noise that included loud music via earbuds but also listed “heavy traffic, noisy restaurants, rock concerts, [and] sporting events.”

So, while earbuds do contribute to increased hearing loss, it’s only part of the picture. We truly do live in a noisier world than in the past.

A history of headphones

Today’s earbuds, though they appear to be a modern interpretation of the earlier headphones, were actually first invented in 1891. They were designed for the telephone industry and specifically, telephone operators. Though considerably more bulky than today’s earbuds, and definitely not bluetooth equipped, they are remarkably similar to the design of the model you are probably using.

The closest ancestor to modern headphones were invented at a kitchen table in 1910 and picked up for wider production by the US Navy. Superior headphone technology continued to be constrained to the military until after World War II. In 1958, musician John Koss introduced a commercial model to be sold along with a small phonograph, which included a headphone jack. This “private listening system” brought stereophonic sound to the masses and an industry standard was set.

The Sony Walkman burst onto the scene in 1979 and suddenly everyone was plugged in. Apple’s famous earbuds were released in 2001, with wires of course. Only in 2016 did Apple debut their wireless earbuds, which were embraced by tech lovers everywhere.

The debate around earbuds

He supports his assertion with the reminder that headphones and “earbuds” were widely used in the 1980s and 90s. From that cultural adaptation, we did not see a specific increase in hearing loss and should not expect to see one now from earbud usage.

How to protect your hearing

It is worth noting that the quality and volume of sound that the average Sony Walkman user could expect is nothing near the volume and depth of sound that today’s earbuds pump out. And because headphones or earbuds are so ubiquitous, we no longer pass on any warnings about volume control and potential damage to our hearing systems. Some people may even use the highest volumes on their devices to drown out the external sounds around them, instead of seeking out a quieter place where they can hear their desired content at a much safer level.

When you are using earbuds, note the volume level. Try to maintain well below the maximum level, which in today’s earbuds are between 85 to 110 decibels, absolutely capable of causing real and lasting damage to your hearing.

When you are engaging in noisy activities, like mowing the grass or using machinery, do not drown out the sound with earbuds or headphones. Instead, invest in a quality pair of noise cancelling headphones or protective ear wear. These types of protection can also be used at loud concerts, fireworks displays, recreational shooting ranges or other activities with harmful noise levels.

If you notice the volume creeping higher and higher on your personal devices or suspect that noise has already damaged your hearing, schedule a hearing test today. Our audiologists are trained to provide easy, painless and informative hearing assessments that can put you on a path toward healthier hearing.