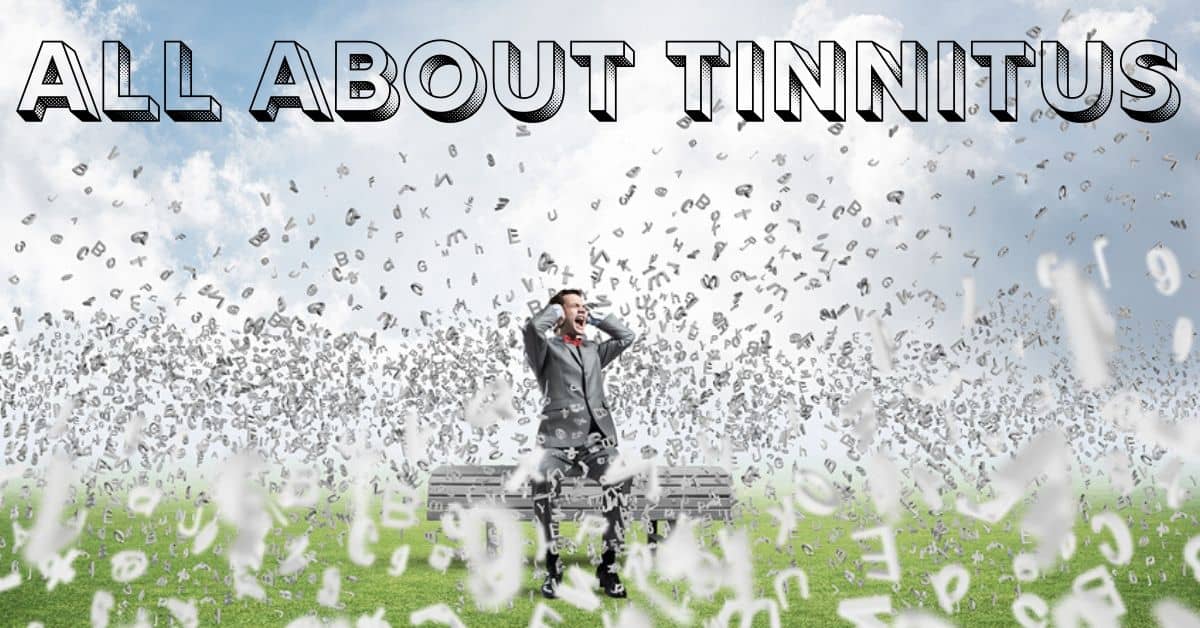 When, after attending a noisy concert, you’ve ever heard a ringing in your ears, you’ll know what tinnitus sounds like.

Tinnitus is often defined in the ears as a ringing sound, but other types can be found. It can seem to come from one ear, both ears or in the head for example. It may sound like clicking, humming, whistling, whistling, whooshing or even hissing instead of ringing.

That noise is something no one else can detect in times of quiet. Tinnitus can last for only one night and then disappear, but many experience chronic symptoms. It may happen at any age, but for people over the age of 65, it is more common and may suddenly develop or slowly develop over time.

Where does tinnitus come from?

Whatever the cause of tinnitus, it is clear whenever it occurs, the propagation of sound from the ear into the brain region known as the auditory cortex changes. A faulty signal is sent to other parts of the auditory cortex. Then the brain responds by’ amplifying’ the sound which produces the tinnitus symptoms.

Around 25 million Americans or around 10% of the population of the United States, suffer from tinnitus.

While anyone can develop tinnitus at any time, some groups are more susceptible to the condition. Some of the following groups are more prone to the development of tinnitus.

Those with chronic symptoms of tinnitus experience a debilitating and life-altering condition.

While tinnitus can’t be permanently cured, treating hearing loss may help relieve some of the symptoms. Since tinnitus also occurs with hearing loss, major hearing aid manufacturers have developed many systems which help users cope with the symptoms. Such features typically are sound masking features which override the sound of your tinnitus using synthetic tones or white noise sounds.

Hearing aids equipped with tinnitus technology can help people with hearing loss and tinnitus to understand and alleviate the symptoms of tinnitus. They also enhance speech recognition and reduce background noise to make it easier to listen. There are also individual tinnitus treatment systems with sound masking technology for those who only suffer tinnitus (without hearing loss).

Meditation also has been found to be a successful tinnitus management strategy. You may find that your tinnitus is particularly troublesome or loud when you first sit down to meditate, as most people meditate in a silent room. Nevertheless, you can use meditation to regulate tinnitus through concentrated attention on your breath, which relieves stress.

You have another alternative if you tried everything else. Tinnitus sound therapy is a very effective way of controlling the sounds that disturb you when other sounds are absent.

You’re not alone in your struggle with tinnitus. Most people who have been diagnosed with the condition have learned how to control their symptoms effectively. Join us at Audiology Central to find out how we can help you manage your unwanted sounds.